Describe the difference between multitasking and combining tasks 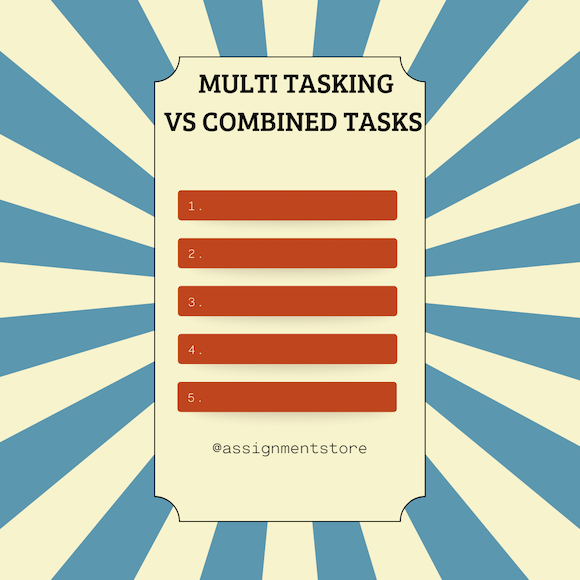 Multitasking is the ability to do different activities at the same time. Combining tasks involves tasks that are similar in nature. Students and working employees are required to multitask on an everyday basis. Multitasking has become a mandatory aspect in today’s world as things are required to be done in a short time. Multitasking and combining tasks might sound similar however it is important to understand that both are different even though they share similarities between them. The task of this article is to make the reader understand the difference between and combining tasks.

What is the difference between multitasking and combining tasks ?

The difference in the task

Priority is the key when it comes to multitasking or combining tasks. It is advised to not engage in too many difficult activities at the same time which would result in average results in all activities. When you are studying, it is important to use single minded concentration on just the study notes. However activities like cooking and arranging things at home could be done at the same time to save time.